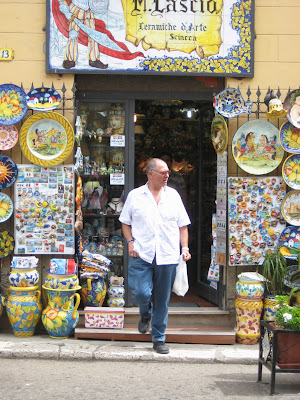 I'm in no position to write an "impartial" review of Alfred M. Zappalà's latest book, Figghiu Beddu. In 2004, Al gave me my first break as an Italian teacher. I had never taught Italian before. Then again, his company, All Things Sicilian, had never offered Italian lessons before! So we took a chance on each other.  Our relationship became fraternal almost instantly.

I shall never forget the first time I set foot in All Things Sicilian. As a very relevant aside, it was located near the Merrimack River in Lawrence, housed in one of those marvelous mill conversions, those massive brick buildings that cities have transformed into businesses, upscale restaurants ... addresses as chic today as they were scorned when first built. Isn't that a perfect metaphor for Italian-American culture? Foods once eaten by the poorest of the poor (cured meats such as prosciutto, innards such as tripe) are now haute cuisine. And those little, poverty-stricken farming towns, whose dust our famished ancestors shook from their boots, are now selling summer homes to those who can afford to enjoy the panoramas (sea, mountains, vineyards ...). My life's dream is to be rich enough to enjoy what my poor ancestors enjoyed. Al had the guts to make this dream a reality, a process which he has documented in his three books: Reverse Immigrant, Gaetano's Trunk, and now Figghiu Beddu.

But back to the narrative. I still remember the first time I got off the train in Lawrence, walked up Union St., walked over the Duck Bridge,
the waters of the Merrimack River under my feet, and walked into All Things Sicilian on Canal St. I walked in the door and, in my 33 years of existence, I had never seen anything like what I saw. EVERYTHING in the store was from Sicily. Award-winning olive oils. Award-winning nut creams (one made from Bronte Pistachios was a big seller). Hand-made ceramics. Hand-painted carretti (Sicilian horse carts). Ionia coffee. Poiatti pasta, which is still my favorite brand (pace, Divella). I remember that moment like it was yesterday. I thought, "Even in Sicily, you would never find a store like this." 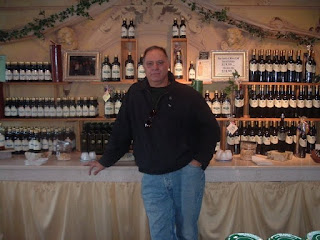 It was a feeling I didn't feel again until my first trip to Paris four years later, when I first saw César Franck's church, Ste. Clotilde. Built circa 1850, it was more Gothic than the Gothic churches it was imitating. The original Goths weren't trying to be Gothic; they were just trying to build churches. But here was a concerted effort to take all that was magnificent and good about a Gothic cathedral and recreate it in a modern church — the first Neo-Gothic church ever built in Paris. Though this might sound hyperbolic, I would suggest that Al's endeavor in Lawrence was no less daring. To create a store that sells all Sicilian items, and only Sicilian items, in a former mill city in America – well, this had never been done.

The lucky break for me was that Al's plans were more ambitious than to sell pasta and oil. He wanted to offer cultural classes. And he wanted to organize tours to Sicily. And like any smart businessman, you sell Item A to your customers, who suddenly realize they also cannot live without Item B. Item A was the tours; Item B was an Italian class geared toward the vocabulary necessary for American tourists.

So Al hired me, and for the first time I was the teacher of an Italian class. I stuck to his mandate: my students all knew the words for airport, train station, ATM, currency exchange, and — of course — they could all unhesitantly say, "Mi scusi, dov'è il bagno, per favore?"

But like Al, I too had bigger ideas. I wanted to teach a class that (to my knowledge) had never been taught before. It was a class that I was impassioned about, because it reflected my own life. As a teenager, my grandmother gave me all of her opera LPs. I imbibed Cavalleria Rusticana, Tosca, Bohème, and others. I enjoyed the music and knew the basic stories from the libretti.  But I didn't understand the words as they were being sung. Then, at age 16, I started studying Italian. (Before then, I knew only two words of dialect: Capisc'? and sculapasta.)  Some years passed, I visited Italy for the first time in '95, by which point I had some fluency. And then when I heard the operas again — wow!  I understood what they were saying!  Therefore, I wanted to teach a course that was half opera appreciation, half Italian grammar.  I would take an excerpt, play a CD of it, talk a little about the music and the singers, then dissect every word of the excerpt, in a very grammatical way, so that by the end, the students understood every word.  Then I would go back and play the same CD again.  I could almost see the lightbulbs light up over their heads!  I went on to teach this course in other locations.  It's been a great labor of love.  And once again, Al gave me my first shot.

So I can't impartially review Al's books — least of all his latest one, Figghiu Beddu.  After Al had decided on the wonderful Sicilian title (figghiu beddu means figlio bello, or handsome son), the question arose how to spell it.  (Though many Sicilians consider Sicilian a language, not a dialect, there are, nevertheless, difficulties in deciding how to spell it.) Several folks weighed in, including myself.  In the end, Al said to everyone, "I'm going with Leonardo."


In my previous two books, The Reverse Immigrant and Gaetano's Trunk, I wrote about my decision to uproot myself and move to Sicily. A lot has happened since I made that decision.  I did in fact sell my condo in Massachusetts, and I did in fact establish residency in Aci Catena, and I did in fact prove to myself that I could reverse immigrate back to my ancestral homeland in Sicily.  And, I did this during the worse economic downturn since the Great Depression.

"Not only was I going to move to Sicily," continued Al in the Prologue (p. 11). "I would record my thoughts, write of my adventures, and generally have a paradigm change in my life." That is a fair and accurate description of what you can expect to find in Al's trilogy of books.  Anecdotal, spontaneous, sincere, Al's books depict the realization of a dream — a dream which I also share.

And if you don't believe that it's really a dream, here is a photo that Al took from his condo in Aci Catena: 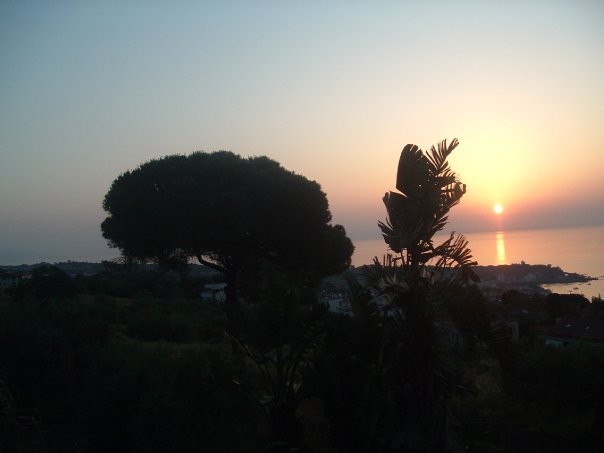 Posted by Leonardo Ciampa at 12:46